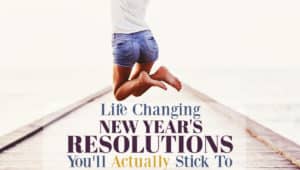 Every year millions of people do the exact same thing. They make grandiose declarations that they’re going to work out every day, get their budget under control, and finally get organized.

In fact, these three things make up more than 85% of New Year’s resolution ideas.

But every year, just 8% of us actually achieve those goals. And most of us don’t even make it a month.

I should know, I used to be one of them.

Year after year, I set fierce resolutions, determined that this year would be different. And every year, I would fail, sometimes within just days.

Until one year, in 2012 when I didn’t make a big grandiose resolution. In fact, I barely made a resolution at all.

Instead, I had a tough talk with myself and saw myself for the first time as I really was.

And I could suddenly see that I’ve been tenaciously trying and failing to change a personality that’s been set in stone during my formative years for over 15 years.

And that was that. I stopped.

Instead, I started accepting who I was and started testing ways that I could actually get the results that I need (to pay off my debt and get organized) working with my personality instead of against it.

And shockingly, it worked. I got organized, we reduced our spending by over $23,000 that year, I got to quit my job and start working at home the next year as we finished up paying off our debt.

And I’m going to explain to you in detail the most important three things that made that happen.

Because your resolution isn’t going to change your life. Or even your year. 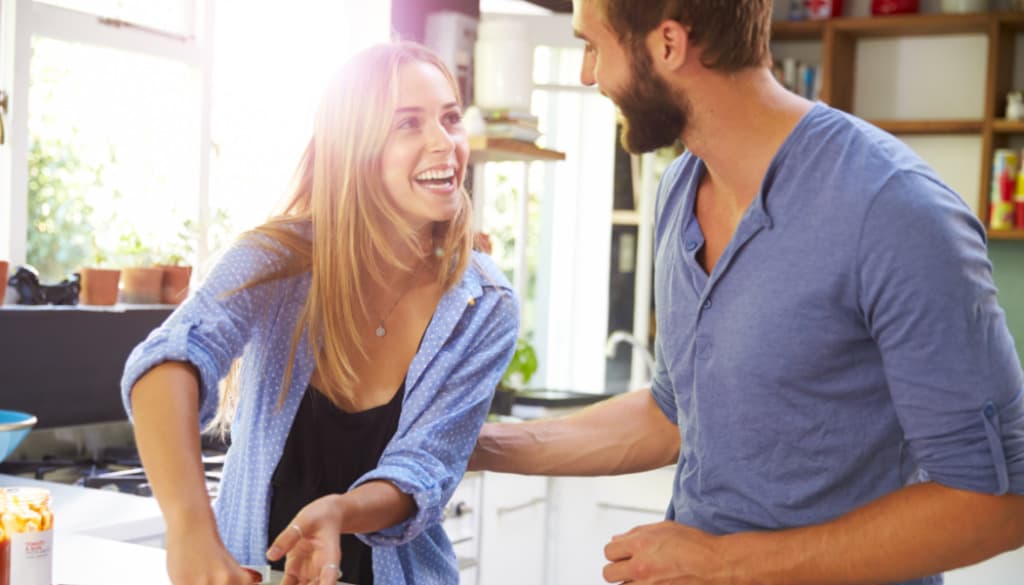 The second New Year’s resolution idea is that you MUST tackle things in the right order to actually change.

There are two types of routines… Simple routines and complex routines.

A simple routine is something that doesn’t really rely on other things getting done first. Like your laundry… For the most part, you can do laundry in any situation. Your house doesn’t need to be clean first and you don’t need anything special. Just dump it in and hope you won’t forget it and let it mold.

A complex routine is something that relies on other things getting done first. Like meal planning.

You can’t really make dinner in any situation (unless you call dinner cheerios- no judging). You need to know what you want to buy, you need to buy groceries (and you need time to go get them!), you need to store the groceries properly so the meat you need for dinner tonight isn’t frozen rock solid. You even need to have enough money to buy the groceries and to know how many people you’re feeding, and whether enough you have enough time to make dinner with your crazy schedule.

And with a complex routine… if any one of those things falls through… you fail.

Complex routines (in order of complexity starting with the easiest) are:

Simple Routines (in order of complexity starting with the easiest) are:

Then you need to think about what would happen if you instead focused on the simple routines.

You’d master them one at a time, building new skills and routines as you go so that when you go to tackle a complex routine, it happens easily.

In fact, I’ve dedicated 18 months of my life building a step by step home management system called Hot Mess to Home Success that teaches you how to master each of those steps in order. It almost always has a waiting list, but you can get the class here.

Being able to see what happens when people start small and skill build is ridiculously motivating and inspirational. It’s life changing.

But that’s not all you need. In fact, if you don’t understand the second secret to resolutions, you’ll still likely fail. 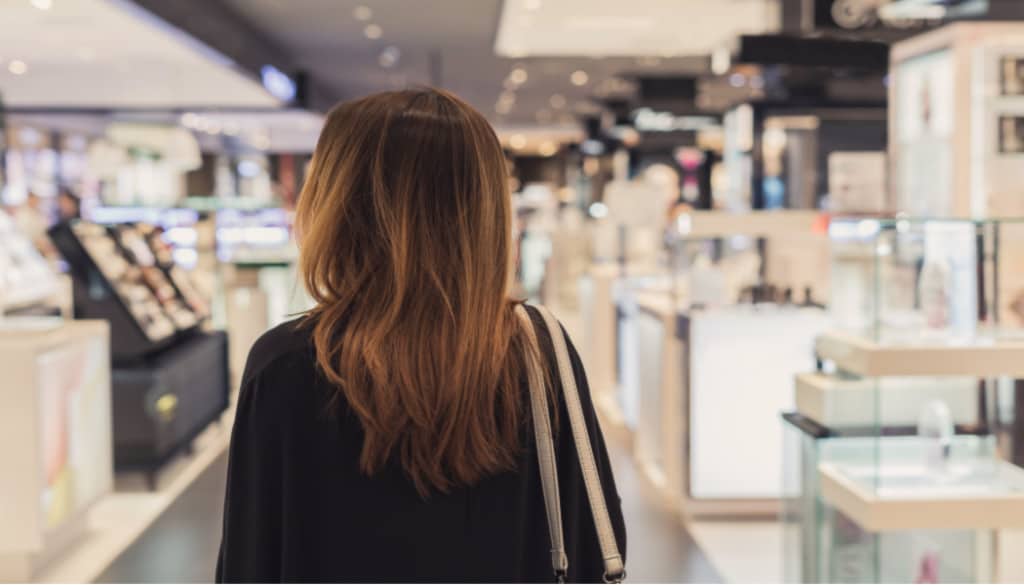 New Year’s Resolution Idea #3: Work With Your Personality and Incentivize Everything.

The third New Year’s resolution idea is that you have to work with YOUR personality in order to make any changes.

That means that any “solution” that requires us to have discipline, will power, or physical labor are not going to work.

This is why every resolution has failed. They’re all the same.

They sound motivating don’t they? But you have less than 8% of actually achieving any of that. (8% is the national average- but we’re special cases- we’re more like 2%).

Because while some people have the willpower to make that happen (That would be that 8%), we don’t.

Knowing that we need to tackle the simple routines like automation, laundry, dishes and your schedule book before attempting to meal plan, budget, clean and work out helps a ton. But it doesn’t solve the biggest core problem.

When faced with two options, we’ll always pick the one we want most IN THAT MOMENT.

And when you’ve had a crappy long day, you will always choose Bachelor in Paradise (assuming you have equally terrible taste in TV as I do) instead of chores.

And when you’re running through Target, you will always buy the fancy planner, stickers, and accessories even if you’re not entirely positive that your card won’t get declined.

That’s what being impulsive means. It’s not your fault. And you have (almost) no shot of ever changing it. But this is why we try and fail, over and over again.

How do we fix it?

We work with our personalities by incentivizing EVERYTHING.

Basically, we set ourselves up to win- where the only way to get what we actually want is through getting what we need.

Want to save money? Awesome. The only way to do that is to take a percentage of everything you save and blow it on whatever you want guilt free. You are NOT allowed to pay off debt with it, or buy someone else something.

You have to spend that money on whatever you really want (we’re talking secret desire). Because right now, you aren’t even overspending on things that make you happy. You’re over spending on groceries and eating out and crap you don’t even care about.

Suddenly, you’re a money saving fool and you ironically shop more than you did before. It’s the strangest thing.

Want to save time? Awesome. The only way to do that is to stop working. Seriously. You wake up every day and from the moment your feet hit the floor to the moment you collapse into bed (way too late!) you never stop doing stuff.

How is it even possible that your house isn’t spotless when you never stop doing stuff?!

When you have very specific blocks of time where you only do the specific chores that matter, and then you HAVE to stop, do you know what happens?

The fact is that there will ALWAYS be more chores to do, more house to clean, and more house to organize. It will never end. There’s no incentive for working harder or smarter. It’s just a long life of endless housework.

You need to decide what ACTUALLY matters to you and you need to set a limit on when things need to be done. When your blocks are done for the day- you stop.

It’s not available right now, but we cover this in Hot Mess to Home Success. It’s a step by step home management system that teaches you how to tackle your entire home (and life!) in less than an hour a day. *(update: You can join the waiting list to be notified when Hot Mess to Home Success is open for enrollment here and get the starter program for free.)

But that’s an hour a day and nothing more. Assuming you work and have a commute, sleep 8 hours a night, and meal prep, that gives you 5 HOURS every day to do whatever it is that you want.

And just like before… it needs to be whatever you really truly want (secret desire). If you’d rather take 2 hour long baths than read to your kids I won’t judge. It only works if you spend the free time doing what you really want.

Which all sounds amazing, but there’s one more secret you need to understand before you can create a resolution you’ll actually stick to. (And I think by now we all know that this is about far more than just your yearly resolution).

With just the first three secrets, you have a much better chance of succeeding, but it’s not a slam dunk by any means. But secret #4 will seal the deal for you. In fact, in our last survey, it increased the odds of you sticking to your goal by 583%! 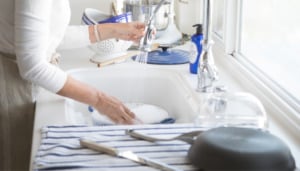 New Year’s Resolution Idea #4: Only Do The Things That Matter.

The fourth New Year’s resolution idea is to only do the things that matter.

Back in my “Hot Mess” days, I would spend my time doing all of this random stuff that seemed like it would make me organized, but had almost no impact on my life:

I could on with that list for a long time. 🤦

What I realized when I started playing with my personality to figure out what would work is that the old saying that 80% of results come from 20% of the effort is completely true.

Do you know what I found when I committed myself to only do the most important things consistently and letting everything else go?

Being productive is not about doing things all the time. It’s the total opposite. It’s about doing the things that matter quickly so you can go back to your life. This is actually true even for “normal people” who don’t have our high impulse and disorganization. But it’s especially true for people like us.

Don’t do the same thing you’ve done every other year and set the same resolutions that you’ve tried and failed to achieve for years.

What would your life look like next year if you:

Ironically, I know exactly what will happen, because I’ve been teaching this as part of testing for Hot Mess to Home Success (a complete home management system that teaches you how to manage your home (and your life!) in just one hour a day) to others for 18 months and their results have been life changing. (Hot Mess to Home Success isn’t available right now, but you can join the waiting list here).

“I was literally the definition of disorganized— not only in my budget but also when it comes to managing my home. I couldn’t even seem to get my kids out the door without being completely frazzled and I was constantly doing everything at the last possible minute. Now I’m finally paying off my debt and ahead of schedule (like seriously, my credit score is over 700 now!!!), you can actually SEE my kitchen counters, and I’m actually staying on top of laundry duty! These are life skills I’ve always struggled with.” 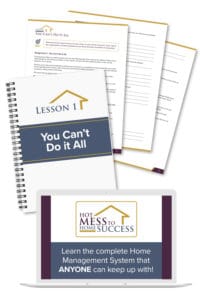 You can learn more about Hot Mess to Home Success here.

Love the idea but struggle with motivation? I made you a video about one of the best motivation hacks in the world…