One of the most powerful consumer tricks I’ve learned has been how to get in touch with the CEO’s office when you’re having trouble with a major company. Several years ago, Mom was telling me about this trick on the phone. At the time, I couldn’t imagine ever having a problem big enough to have to contact a CEO so I listened with one ear. A few months later, I was on a camping trip with my boyfriend at the time, when he ran over the wooden camp post marker tearing up the undercarriage of his 36,000 dollar truck (as a side note, if you ever find yourself as a passenger in this situation, don’t laugh… Seriously, It’s a bad idea).  When the boyfriend called Allstate to report it to his insurance, they informed him that he had not paid his premium’s and that they couldn’t cover the damage.

The boyfriend was actually a very fiscally responsible person. He paid his premium in full every 6 months, but when he moved across the state, he got preoccupied, and didn’t realize that it was due. They had been sending notices to his old address.  The damage to his truck was several thousands of dollars and was not something that he could pay out of pocket. We went through several frustrating calls to customer service, each ending with us being told there was nothing that could be done no matter who we talked to. I remembered Mom’s CEO talk and googled a contact number for the CEO of Allstate.

Within just a few minutes of being on the phone with the CEO’s office, they showed empathy for the situation, apologized for the response we had from customer service, and offered to cover the accident if he would agree to pay the premium payment that he had missed (about $350.00). I was astounded!  Now, you and I both know that the company had no obligation to cover that accident. We were grateful that they did because it saved him several thousand dollars, but no one would have blamed them if they said they couldn’t do it.

Just a few short weeks ago, I had my next opportunity to contact a CEO’s office. Jon and I had been trying to close our Bank of America accounts for months. We used USAA exclusively but every time we “closed” the accounts, something would happen to reactivate them. From what we can decipher, an interest payment went through, which reopened the account. Since we didn’t realize that the account was still open, I wasn’t checking it. When the account reopened it became a monthly fee account, since we didn’t have direct deposit linked to it. They charged the account $12.95 in monthly maintenance fees. This put the account into overdraft.  We were charged $35.00 overdraft, and $35.00 extended overdraft. This went on for several weeks and by the time I stumbled into this by accident, the account was almost $100.00 negative. I called customer service, but unfortunately due to a pregnancy hormonal rage (note to self- don’t dial angry), I was ineffective at communication and customer service refused to refund the fees and close the accounts. To be fair, I wasn’t being very nice and if I were customer service, I wouldn’t have returned the fees either. After getting off the phone and calming down, (and feeling embarrassed about what a jerk I had been), I called back and asked if I could pay the fees by phone to put the account back to zero, then close them and be done with it. They said they couldn’t take a check by phone or a debit card over the phone that I would have to drive to a branch. They changed the account back to an E-account which would prevent monthly charges until the account could be closed and cancelled my debit card so that nothing else can prevent the closure once the account was back to zero.

Once at the branch, I waited in the ATM line to take out the cash from USAA to pay the fees, then waited for 20 minutes in the drive thru teller line (I couldn’t deposit into the ATM because I needed exact change- If my account was positive, they still wouldn’t close it). The drive through teller told me that she couldn’t take my money because I had an E-account (which we had just switched to, to prevent the monthly fee). She said that E-accounts are only for ATM use. I went back to the ATM, and waited in line again, thinking I’ll deposit the money, then write a check to myself for the extra to get  the accounr back to zero. When I got to the ATM, my card was coming up as disabled, and it wouldn’t accept a deposit (at which point I remembered that they cancelled my debit card to avoid any possibility of further problems). I went back to the drive thru teller to find out that they had just closed.

At this point, I was in tears (hello hormones again!), and this seemed like the tragedy to end all tragedies. I stopped the car and googled the email for the CEO’s office and emailed them the above story. I was put in touch with corporate office, who reversed $70.00 worth of fees, and then found a branch close to me with late hours and personally called to explain the situation and ensure that they would accept the money from me despite the e-account status. I deposited the money and requested the account be closed. The teller said they can’t close accounts at the window. The CEO’s office called first thing the next morning to see how it went, they apologized again, closed the accounts for me (for real this time!), the respresentative gave me her direct cell phone number in case anything else comes up, and sent me a 25.00 target gift card.

What I’ve learned is that most major companies have a “super customer service center” associated with the CEO’s office. From my experiences and research of other’s experiences, whatever you want (within reason), you’ll get if you call them. I believe strongly in being fair. I would never call the CEO’s office unless I had exhausted all other options to resolve the problem.  You can find contact information for the CEO’s office by googling “Contact CEO Office [company name]”. Some companies may only have email or snail mail. Be very clear in what you would like to see happen, in both instances they offered me more than what I wanted. Be polite and take responsibility if you did something to cause the problem. Be honest, if your frustrated with their company or feel like this incident has hurt your working relationship, let them know this. In both instances, I explained that I regretted having to take the matter to this level but that I had exhausted all other options and felt it important that I give the opportunity to the company to respond to the situation based on such a long working relationship. Basically… sound fancy:)

If you have trouble finding the CEO contact info for a particular company, leave me a comment and I’ll help you out. 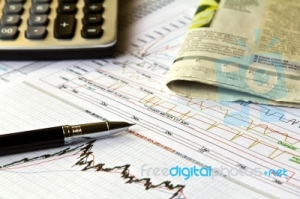 How to Fix an Extremely Messy House.

HOW MANY BANK ACCOUNTS SHOULD I HAVE?

Family Friendly Ideas To Celebrate Independence Day On A Budget

The Best Paper Organization System (If you're drowning in clutter).