One of the easiest changes we’ve established to save money actually made our life a lot better! We already had an XBOX, but even if we had to buy one, we would have saved money with these changes.

We had a verizon fios bundle that included a home phone, cable with HBO and Epix, and what my husband loves to call “Epic Internet”. We paid around 185.00 a month for all three. My husband had an XBOX that he would play call of duty on. When HULU PLUS for xbox launched, we signed up for 7.99/month, mostly because my husband can’t say no to any type of technology. We also signed up for Netflix for 12.99/month, which also had an XBOX app so we could watch streaming videos on our TV.
With HULU PLUS, you can pick from hundreds of TV shows, both current and older (Buffy the vampire slayer, all 7 seasons!!!!!), you can stream them directly through your TV using your xbox. It’s easy to use and navigate and you can mark your favorite shows to create a queue for you to watch. If you have an iphone, you’ll life is about to get even better! The iphone has a huluplus app that you can watch TV shows on for no additional costs. My favorite place to use this (besides work- just kidding boss!), is at the gym, stick some earphones in and lean the iphone against the treadmill and I have a bad ass personal TV. HULU PLUS has some movies, but unless you have some really eclectic taste’s, you won’t be interested in their movies. It’s the TV shows that they really excel at.

Netflix is similar to HULU PLUS, but they deal with movies, and past seasons of TV Shows. I actually don’t recommend them anymore because they raised their pricing significantly (when I cancelled, they were charging me 24.99 for the same service which also includes actual DVD’s of any movie mailed to your home in addition to their streaming service).

What I do suggest is Amazon Prime, which costs 79.00 per year (though you have to pay in a lump sum, it’s only 6.58 a month!) and has just launched their own XBOX Live app, they have a streaming movie service just like Netflix, but without the DVD’s mailed to your house. You can always find something you want to watch, and they rotate the movie’s frequently. If we’re desperate to see something that isn’t on there (it’s only happened once- I was dying to see The Vow, and had missed it in theatres.) We head to the Redbox down the street and rent it for 1.29/night. The best part of Amazon Prime is that the streaming movies is just a bonus, you also get free shipping from Amazon (most often free one or two day shipping!) which is another way you can save a ton!

We paid for our cable, HULU PLUS, and Netflix for about a few months before we realized that we hadn’t turned on cable even once in those months. Then I realized since we both had iphones with more minutes than we could ever actually use, we never use the phone (we didn’t even know our number). I called verizon to cancel both the phone and cable. They were understandably upset that we were ditching them. They asked me to reconsider. I refused (It was a bit awkward- like trying to break up with the boyfriend that refuses to be broken up with). They told me they were just going to leave the phone on because it costs more for them to disconnect it then it does to just leave it. I said that’s fine as long as it doesn’t add taxes or fees to our bill. We’ve been cable free now for over a year and a half and LOVE IT! In fact, when we moved to the new house, we called to transfer our Internet and Verizon offered to give us the new member package deal (with cable) to get a 300.00 gift card. We said no (still kind of awkward). They told us that the cable would be completely free. We said no. They asked why. We said we don’t want to pay for the box (about 5.00 a month), they said the box would be free and our monthly bill wouldn’t change at all. Not even taxes and fee’s. We agreed as long as we could cancel if the bill went any higher. So, we still don’t use cable, but we got a 300.00 gift card out of it.
I’m pretty sure that was a one time promotion. I’m guessing they are hoping we’ll get addicted to cable and want to keep it. (We still haven’t turned it on once), but the idea is that even if you go without for a few months and find that you miss it, you’ll be in a much better bargaining place if you’ve went without for a while. 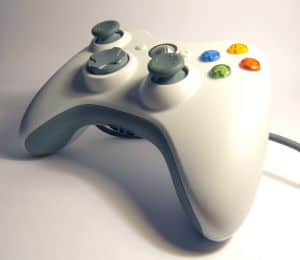 If you don’t have an xbox, I would encourage you to get one if you feel you could give up cable. A refurbished 4GB Xbox on Walmart.com is 174.96, and an xbox live membership is 60.00/ year (5.00/month). Especially if you have a guy in the house that’s into video games, you can keep him busy while you take bubble baths:) You would pay for both in three months of savings. Since we already had two xbox’s, we took 139.00 of our savings and bought a kinect to attach to the xbox (it turns your body into a controller), I can work out using kinect and it tells me if I’m doing the moves correctly, it’s great for parties (kids are fascinated, and drunk adults are amazed), but what I love it the most for is that I can Video Kinect chat with my family back home. It’s AMAZING! It shows each of our living rooms and each family gathers and catches up. It’s like everyone sitting in a big room together. We normally jump on to say hi, then finally get off 2 hours later:) Plus you can see things that you ordinarily wouldn’t be able to, like my Mom can see my growing pregnant belly, and I can see the stroller she got us from a friend.